A groovy music with a modern feel anchored in deep Afro-American roots defines Electrophazz’s unique blend of Soul, Jazz & Hip Hop. Carried by well-written texts, Electrophazz is also a universal message of love of love, fighting spirit, or hope which is defended by the group and in which everyone can recognize itself.
Electrophazz feat. Mickaëlle Leslie and Eneeks consists in a mixed and original music which reunites a singer with an exceptional voice, a rapper with a powerful flow, a saxophonist with an electrified sound, and an electrifying rhythmic section. 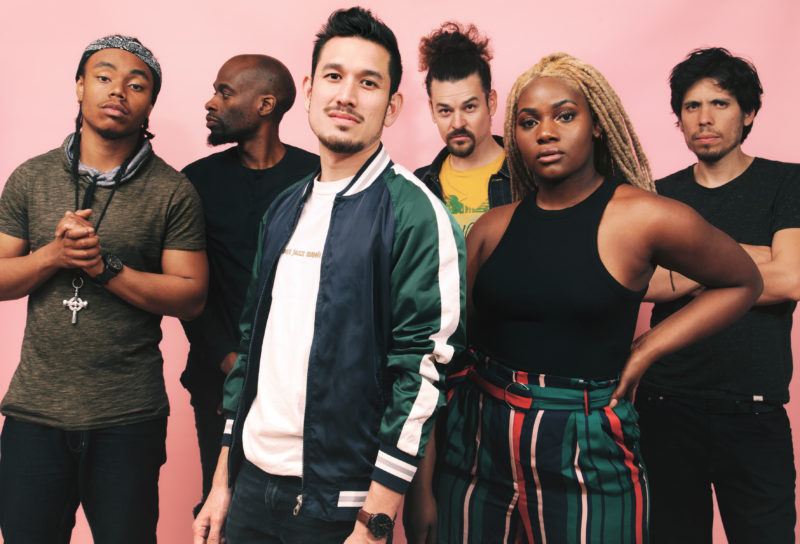